Is there any difference between “Android-independent” and BOT (in the recommend closure reason selection list)?

When I vote that a question should be closed, there are (as of April 2017) 5 options. The 2nd reads "Question is Android-independent) while the 4th reads "Blatantly Off-topic".
I can still recall a previous experience where someone asked a question about two iPhones. Soon the question got closed with the reason "Android-independent".
In the AI text it says "... for example 'Does Carrier X have prepaid plans?' ...", and from which I think what should be considered as AI should look like "I encountered this question while using Android, but it's not actually an Android problem". I can give examples that IMO belongs to AI, such as

But why is that question solely about iPhones marked as "Android-independent" instead of "Blatantly Off-topic"? 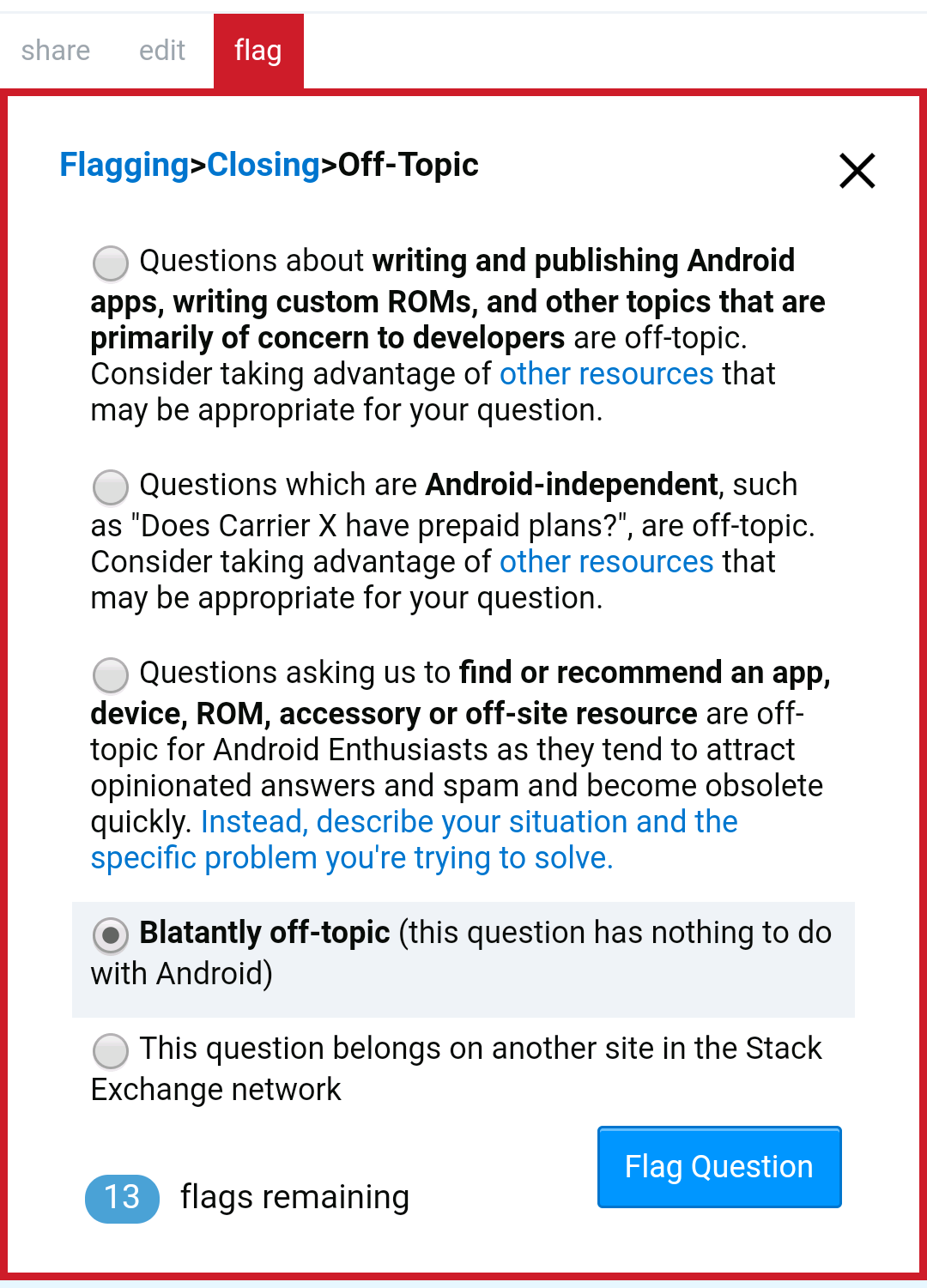 This screenshot is taken from an Android mobile (on A.SE Main Site). There's also another screenshot that Death Mask Salesman took from the official Stack Exchange app visiting the Main site.
If a moderator allows, I can flag one of my own questions with this option so that further investigation is possible. Please leave a comment if you want me to do so.

Secondary question: What exactly is "Blatantly Off-topic"? Why can't moderators see this option?
Edit: Andrew T. gave an answer from Main Meta site for this.

1
Voting to close a “list” or “favorite” question - Which reason should I select?
6
Link to my flags
1
Why is a canonical reference for Android versions considered appropriate but canonical reference for hardware such as sensors “not a good fit here?”
5
Why is the scope of Android Enthusiasts so small?
0
Is there a way to access and edit Apple's Reminders.app database from Android?
7
What are Android-independent questions?
4
Is there any limitation or requirements for questions and issues about 3rd party apps?
6
Role of Moderators and others in increasing the strength and involvement of the backbone of the community